Panama enjoys a healthy and stable democratic system and a government that prioritizes public-private development partnerships. It has a good level of security and a very low incidence of natural disasters. 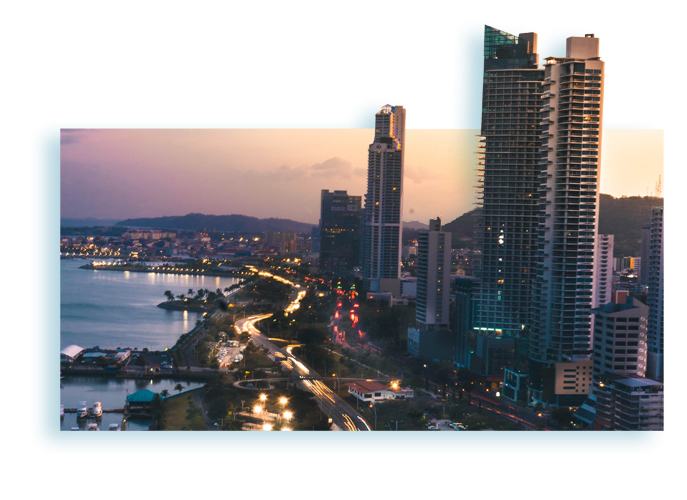 a) Despite the 2008 global economic crisis, Panama’s economy has experienced steady growth since 2005 with low inflation, low unemployment, and steady GDP growth. Panama’s steady growth and economic stability far outweigh the United States relative to GDP. Panama has had the fastest growing economy in Latin America in the last fifteen years.

c)    Panama will be the richest country in Latin America in 2021 according to Moody’s. Panama’s credit rating is determined by four factors: a strong economy, strong institutions, tax policies, and the ability to recover from risky events. Panama is a service economy that has a positive growth trajectory. It has a positive credit history with low refinancing, with an unchanging risk rating and a constant flow of income associated with contributions from the Panama Canal. Panama will continue to improve its position as a logistics center and is on its way to becoming the richest country in Latin America in terms of purchasing power per capita in 2021.

d) It is one of the countries in the region where it takes the least amount time for an entrepreneur to open a business, an average of six days according to the World Bank, and ranks 38 out of 189 in terms of facilities for creating a new company.

e) 5% of world trade passes through the Panama Canal.

f) The US dollar as a currency provides us with a strong and competitive financial center.

g) Protected foreign investments. The Civil Code of Panama, the Constitution and its Foreign Investment Law ensure that foreigners have the same rights as Panamanians with respect to property, investments and business.

In the area of international trade:

The Republic of Panama subscribes to the principles of multilateralism and open regionalism. Inspired by this, the country has followed an active agenda through its signing of free trade agreements, protection of trademarks and intellectual property, regulation and promotion of productive activities and unique products, transportation and communications, as well as activities related to global and regional financial institutions. 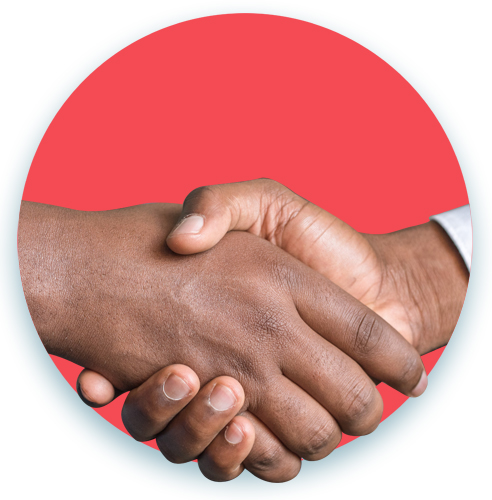 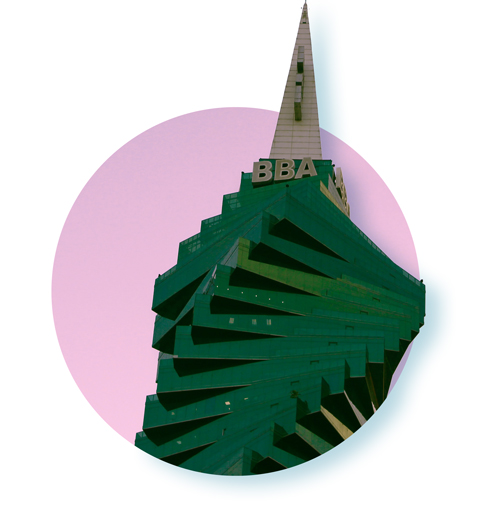 a) More than 90 banks with efficient rules and regulations, high liquidity, and good financial results. The comparative advantages provided by the Panama Canal, which culminated in its expansion with the building of a new sets of locks has contributed to a new transport capacity of 13,000 / 14,000 TEU, which contributes 4.5% to the national GDP, provides us with a 5% share of worldwide trade and 120 sea routes from 80 countries.

b) There are also mega port facilities owned by conglomerates on both coasts, which are only hour away from each other.

c) Panama is the Hub of the Americas. It is less than 3 flights away from most major U.S. cities, with direct flights to Panama from Atlanta, Chicago, Houston, Los Angeles, Miami, New York and Washington, D.C. among others. In total, Panama City’s International Airport has direct flights to more than 80 destinations in America, Europe and Asia. Great connectivity both by the air and through telecommunications. Panama is an air hub within the region with more than 1,100 international weekly flights and a new international terminal under construction. From Europe, six airlines have direct flights to Panama: Air France, Iberia, Lufthansa, KLM, Turkish Airlines and TAP Portugal. In addition, Panama has 6 underwater fiber optic cables that cross the country.

Foreigners who want to retire, visit, invest or relocate to Panama will find a country and a government that understand the benefits of attracting foreign investment and that have developed programs that fulfill the desires of foreign retirees 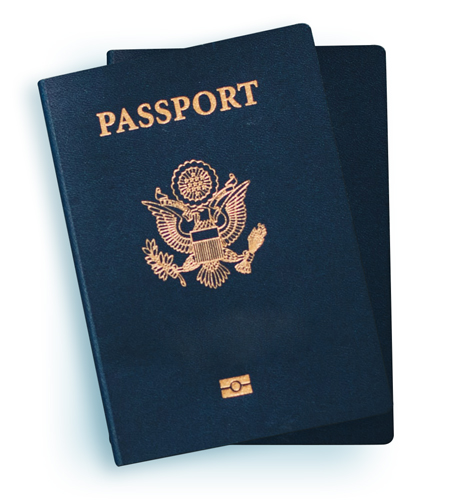 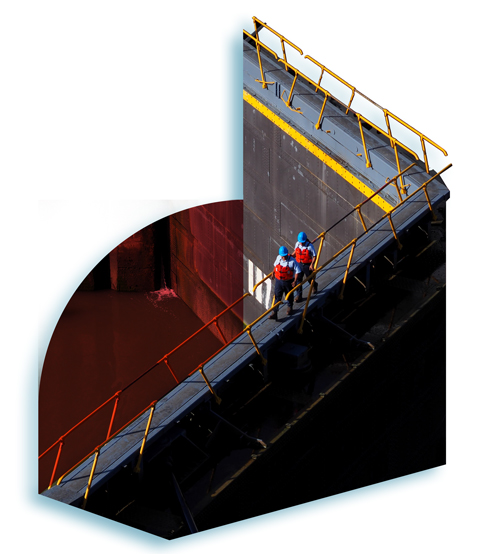 a) City of knowledge: A science, technology and business park for a more humane and sustainable development.

b) Panama Pacifico: A business and residential center located on 1,400 acres next to the Canal and 15 km from Panama City.

c) Colon Free Zone: The second-largest free zone in the world and the principal commercial center for Latin America and the Caribbean.

d) Free Trade Area:  Part of a special regime for the establishment and operation of companies that contribute to the development of the country. List of Free Zones registered in Panama. 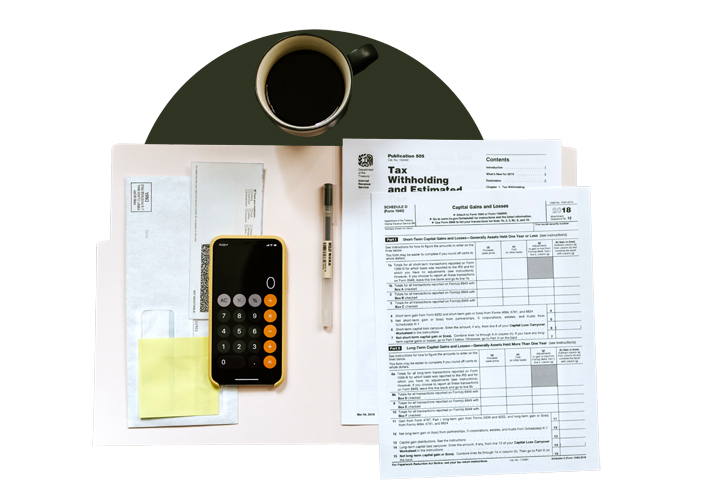 Panama increasingly finds itself on the lists of decision-makers when it comes to choosing the location of a multinational company because it offers a high quality of life to its employees, a central location and tax incentives. Companies see Panama as a strategic location from where they can monitor investments in developed and emerging countries throughout the region. With English-speaking staff and strong cultural ties, the country is drawing attention as an international business center and an ideal point of access to neighboring countries. More than 140 multinational corporations have established corporate headquarters in Panama, including: Procter & Gamble, Heineken, Caterpillar, Estee Lauder, Nestlé, Johnson & Johnson, and others. The SEM program offers special immigration, employment and tax incentives to multinationals in Panama.

b) Law on the Legal Stability of Investments

The Law on the Legal Stability of Investments (Law No. 54 of July 22, 1998) guarantees all foreign and national investors the same rights in terms of investments and business practices, continuing with Panama’s long-standing policy of providing a foreign investment environment that does not require special authorizations, permits or prior registration. The stability law requires a minimum investment of US$2 million. Benefits are granted for a period of 10 years and apply to private, local, or foreign individuals and legal entities who invest in Panama. Investors are under the obligation to register the investment, which, according to legal, tax, customs, municipal and employment regulations, shall be identical to those in effect at the time of registration. This is an important guarantee which ensures that changes shall not affect the amortization of investments. To date, more than $2.5 billion has been registered under the protection of this legislation, which ranges from energy and oil, to industrial and tourist development projects.

The Panama Reforestation Investment Visa is a Permanent Residence Visa that requires a minimum reforestation investment of Eighty Thousand Dollars (US$80,000) for the purchase of a minimum of five (5) hectares of registered land that is part of a certified reforestation project or a forest plantation owned by the government of Panama. The Panama reforestation visa offers permanent residence and eventual Panamanian citizenship to the investor, and the investor’s  spouse and children. Panama’s reforestation investor visa law states the following: “Foreigners who invest personally or through a legal entity in reforestation activities or authorized forest plantations, or any other activity authorized by the National Environmental Authority (ANAM) measuring at least five (5) hectares with a minimum investment of eighty thousand dollars ($80,000) may apply for this visa.”

– Law 52 applies to natural or legal persons holding a concession to provide call center services for commercial use (the Concession) granted by the National Authority for Public Services (ASEP).

Requirements for exemption from income tax

Law 52 exempts any income generated in a tax year and derived from the services covered by the Concession from paying any income tax, provided the following requirements are met:

Other laws of interest

E) Law for the Promotion of Industry

F) Law for the Promotion of Agricultura Exports

H) Law of Incentives for the Film Industry

The new airport terminal in Tocumen is an $800 million project that will process an additional 9 million passengers. Panama, which is considered the nerve center of the Americas, has 400 daily flights to more than 80 destinations in the Americas, Europe and Asia and has an annual passenger traffic of 15 million people.

Panama metro station. Construction of the metro station started in late 2010 and the first line was completed in 2014. Line 2 was delivered in April 2019 and both lines currently carry more than 400,000 passengers; 16,000 passengers daily in each direction and 40,000 during peak hours. Line 3 is one of the ambitious projects currently under development within the country, which shall directly benefit thousands of residents in the Panama Oeste province. On April 20, 2016, the agreement to finance Line 3 was concluded with Japan. Its total length will be approximately 34 kilometers and it will be built in two phases.

The construction of a fourth bridge over the Panama Canal was confirmed in December 2018. It will be 41.76 km long and will link Panama with Panama Oeste. It is scheduled to be delivered in June 2023.

The Convention Center is located in Amador, at the mouth of the Panama Canal on the Pacific side, a short distance from the Frank Gehry Biomuseum. The new Amador Convention Center offers splendid views of the area. This $193.7 million investment features a unique and cutting-edge design, a modern decor and the latest technology for conventions and conferences. Expected to open in mid-2020, the convention center has 58,000 m2 in floor space. The facility is a three-building complex interconnected by covered corridors. Large-scale events can be organized in a 30,000-square-meter exhibition area with capacity for 25,000 people, the largest and most complete convention center in Central America.

Find out more about our available developments. If you need help write to us and we will reply, helping you choose the property that best meets your needs.